I'm just finishing up on a great weekend. I spent a good deal of time on Saturday making quilt blocks for RSC 14. RSC is Rainbow Scrap Challenge. I had seen the posts from my blog reader last year and it looked like fun. It was geared in a way that I could take it at my speed.

I love challenges, but I definitely cannot do BOMs. I tried to follow a group doing the Farmer's Wife Quilt in one year. It meant two blocks per week. Argggh! I could barely keep up, well, not quite. I didn't keep up. It was only two little 6" blocks a week, how hard could that be?

If you are really liking my math brain above and you are a geek or mathematician, you can read the scintillating description of how the maze was computer generated below. But I'm thinking only my Talented Geek Son will understand it. Hi honey! Mommy finally wrote a blog that you will love!

The RSC14 is the brain child of this great woman who writes the soscrappy blog. Each month she picks a color and everyone makes blocks using that color. Some people are so amazing in the amount and variety of blocks they make. You can see January's blocks here in all their variety--it's really super to look at. And maybe you'd like to join. You don't have to be in at the beginning. Any takers?

You can use the badge on my sidebar to get to the information about the challenge.

I decided that I would make my blocks all in the same pattern. I chose the Snowball blocks. They are easy and don't take much time. I chose black as the triangles at the corners. I've not made a quilt with black to make colors pop, so this is for me!

Every Saturday there is a linky party for blocks of that month. Saturday was the last one for January. I didn't make my blocks until Saturday because the black fabric I ordered didn't come in until ________. (guess!) Nope! Friday. 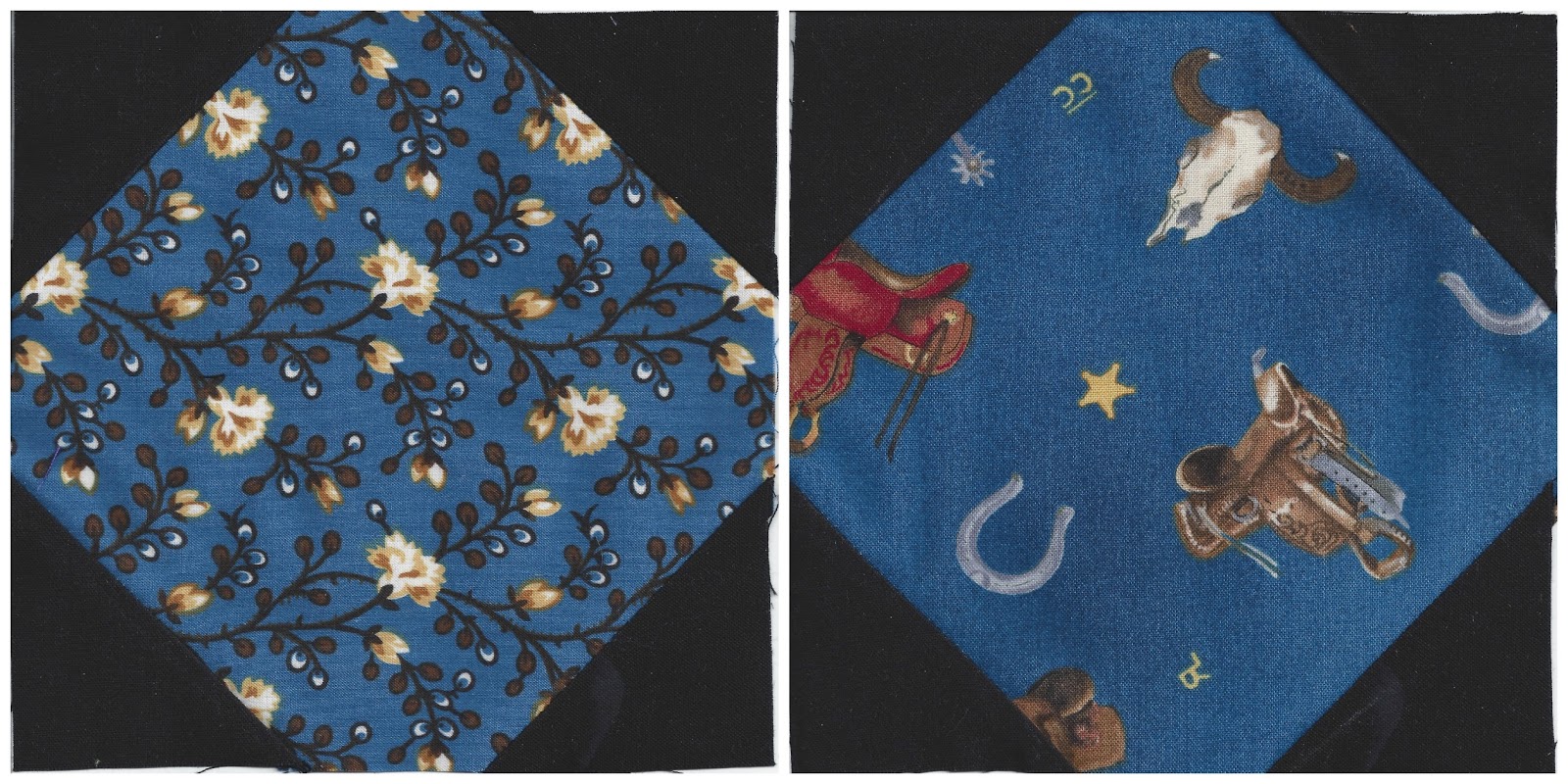 Here's my blue blocks. There are fourteen 6" blocks. I decided on 6" because I wanted a smaller block; I usually make quilt blocks around 10-12". Then the number had to be divisible by three, so I was given the choices of 3, 6, and 9. Those numbers were in the running because the answers to x/3 = a number without fractions.

I love anything that's going to use my stash and I have loads of blue. There's no reason for just 14 blocks, I just went through my stash and picked out fabrics that I really liked that would looked good to me for a snowball. Now that's my kind of math brain! I chose it because I like it. No fancy formulas. 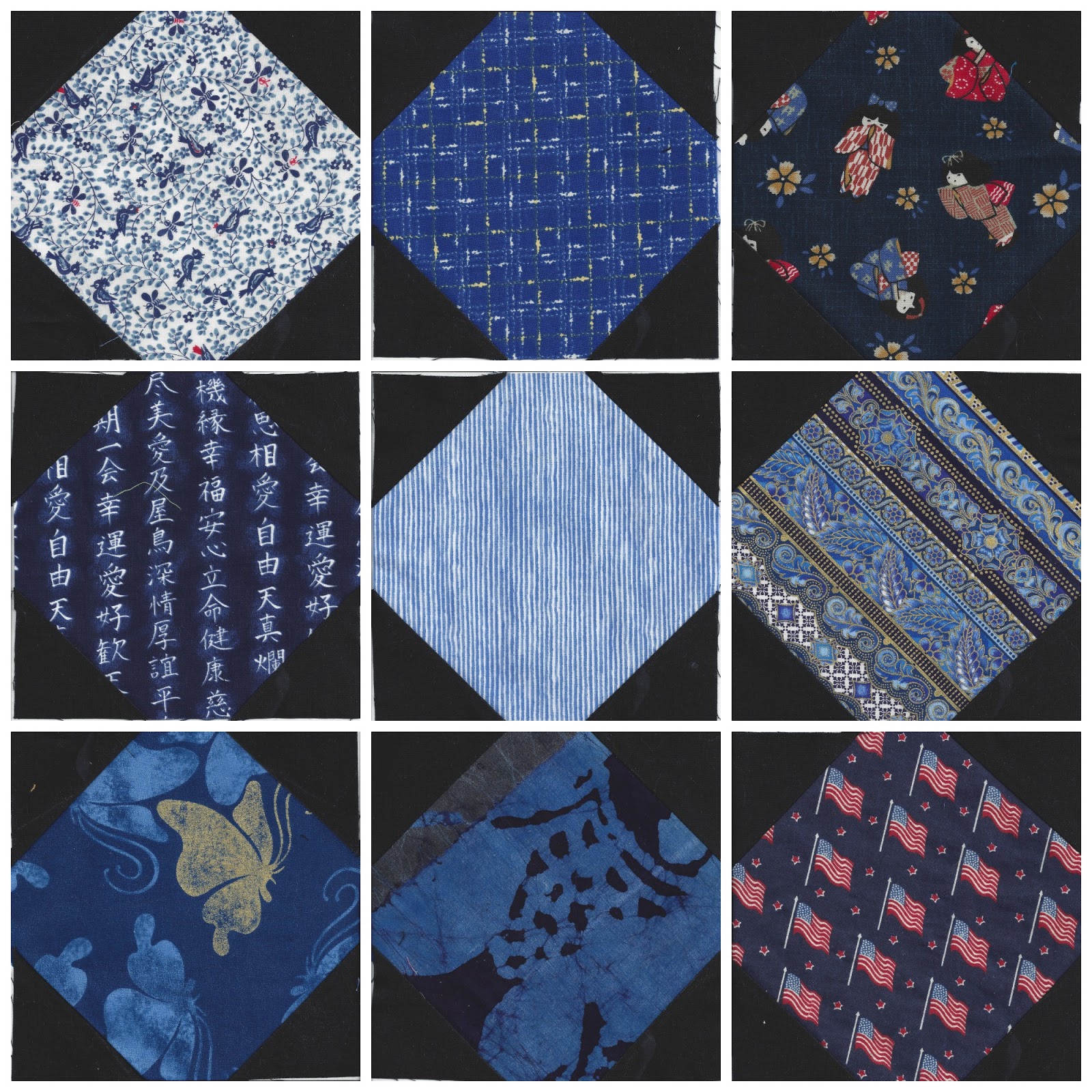 Thanks for moseying by and checking up on me!

I'm hooking up with the following blogs and I bet you'd love it if you traipsed on over and saw some cute stuff. The badges are on the right sidebar.


For the geek-minded
The following mazes were computer generated using a path digging algorithm. The generator maintains a list of all of the cells that have been added to the maze. At each step, it chooses one of the previous cells and randomly adds one of its unvisited neighbors to the maze. If a neighboring cell contains a perpendicular hallway followed by an empty cell, then this cell is also a valid choice to be added, replacing the hallway with a crossover cell. 9/10 of the time, the chosen previous cell is the last one that was added to the maze allowing the algorithm to construct longer paths without branching than if the previous cell were chosen completely randomly. Furthermore, the neighboring cell that is in the same direction as the last choosen neighbor is given a higher priority to encourage the creation of straight hallways that allow for crossovers. The direction of the crossover is based on the parity of the cell coordinates.
The mazes are output in Postscript, rendered with anti-aliasing using gv, and then screen captured. More recently, I'm rendering the mazes using POV-Ray.

Eventually, I'd like to find an algorithm that can create the non-tree like mazes that make up my three sheet weave mazes.

Posted by Quilting Nonnie at 12:03 AM