I've been keeping a note going in my iPhone. I want to write a little book for my grandkids on things that were around when I was a kid. Things that they will never know.

Heck, I still remember Fibber McGee's closet. I never actually heard it, but my Mom had and she told me about it. (You're going to have to look that one up!) Speaking of which, you don't have to go down to the library to find some sort of book about Fibber McGee. It probably wouldn't even exist. Just as an experiment I timed myself looking up Fibber McGee. From Google page to a Wikipedia article: 18.2 seconds!

More than that, I didn't have to wait for the dial-up modem to connect. Nor did I have to return the carriage on the typewriter to write this.

Consider this, I was able to keep this blog post open while I went to Google and then onto Wikipedia. In 1990, I was still teaching students how to open a program on a computer. And that was the only program you could use.

Okay, technology is an easy one to find a hundred things that our grandkids won't know. Remember when the only thing teens could say about adults being "antiquated," basically was old ideas. It's amazing all the things I keep remembering for that list on my iPhone.

What's amazing is that I have a 13-year-old grandson and a 3-year-old granddaughter. It's hard to believe what the difference between what the older one knows that my younger one will never have experienced!

Maybe my grandkids will not even know about "snail mail" and only UPS and FedEx. They certainly won't remember Air Mail and onion skin paper! When I was near 5-years-old, the postage stamp went up to 5 cents! Even further, they won't know about dittos and carbon copies. When I was 10, I made a book of stories I had written as a Christmas gift for relatives. I used two sheets of carbon paper to make three copies at a time. I typed that book over four times!

When I was in college in 1975, senior year, I bought my first calculator. It had the basic four functions. Period. It cost me 25 dollars. And I felt guilty buying it because I should be doing it by hand. In 1979, my first husband who was an engineering major, needed a programmable graphing/scientific calculator. (see picture at right) Prior to that he used a slide ruler! It cost near $300.

I was explaining this to a 19-year-old a couple of days ago: Party Lines. When I lived in a rural area we had a party-line. Look this one up too, it'll only take eight seconds!

What about movies? When "The Other Side of the Mountain" came out, it stayed in the cinema for near six months. And that was normal.

When I was 8, 1963, oops! Now I've done it! You know how old I am... And if you don't have a two buck calculator around, that means I'm 58. So, 1963. I wanted a "graham cracker doll" from the Sears and Roebuck catalog. It wasn't a graham cracker, which I was crazy about, the doll was a nurse and the square thing with little holes was a bandage. That's not the emphasis here, however. That same doll was in the catalog for quite a few years! And it wasn't a TV or movie related doll.

Now that brings back memories! When 101 Dalmations (the original) came out, I fell utterly, head over heels in love with it. My mom bought me every commercialized object from the film. A Pongo stuffed dog. A LP (record) with the story. A lunchbox. Maybe there were a few more things, like a storybook. Put basically 4-5 things. That's it. That's all. Truly flabbergasting, isn't it? Go here to hear the twilight bark!

As far as movies go: I saw the first run of Mary Poppins, To Kill A Mockingbird (scared the pajabers out of me since I only remembered the "pumpkin scene"), Bambi, The Haunting of Hill House, plus more.

Do your remember these? 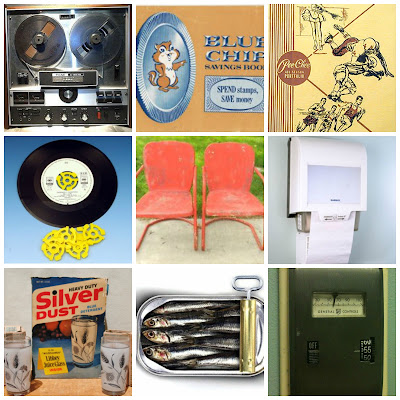 Tell me, what "vintage" things do you remember?

And now, it's time to say good-night! 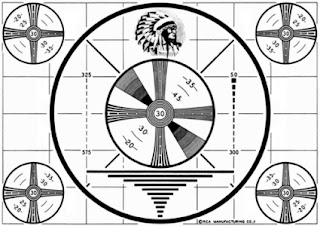 Design Wall Monday: The Wall of Many Projects

I have a plethora of projects on my design wall today. Don't you just love the word plethora? It's got to be one of my top favorite words. I love how it feels as you pronounce it and I love it's definition. Who could ask for anything more? Who could ask for anything more! (I'm singing those last two lines). And why not? It's the first "official" day of summer vacation. I hope that's not groaning I'm hearing...I have been talking about it ad infintium  a lot.

And what greets me on my pre-first day of summer? Oh, hello, Mr. Virus! Oh, you've decided to come for a visit? I haven't seen you in a while. Yes, old "friends" shouldn't let so much time pass between visits. Come in? No, I think not; I'm very busy. Well! Aren't you rude just barging in like that!

First up on the design wall: I've added the second dark on the Log Cabin for the newlyweds. I haven't gotten it trimmed yet, but I have a great quilt afternoon with my friend, JP, today. Fun for days! 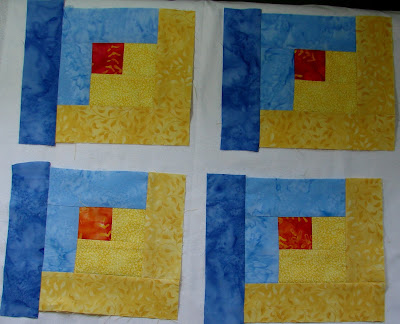 I've thought of a name for my Spiderweb quilt: Web of Friends. Most of the scraps in this quilt came from my own stash and from JP's, plus a few other friends. I look at the fabrics and say, "Oh that one was JP's or MF's. Pretty cool in my book.

Now I need help. On the quilt. I'd like to ask you to quilt it, but no... I'm not sure about the second border, the light blue one. When my husband and I were auditioning fabrics, it looked pretty darn cool with the quilt. It's all sew in, but now I'm just not sure. Is it too light? What do you think? Please leave me a comment with your opinion.


Sorry, picture got deleted by someone trying to clean up a file...


Here's a close up of the corner. The third border is midnight blue: dark, dark blue and purple. Lovely fabric. The corner is light blue polka dot. Ideas anyone? Remember, if you think I should replace the middle border, I'm sending to you to rip out the seams! I'm kidding. Maybe. Maybe not.


Sorry, picture got deleted by someone trying to clean up a file...

And here's a cutie. My little spool blocks are coming along swimmingly. I've finished the strippy part. Yesterday I tried out colors for the spool. Hit it in one! I have a very warm brown fabric and I think it's perfect! What say you? 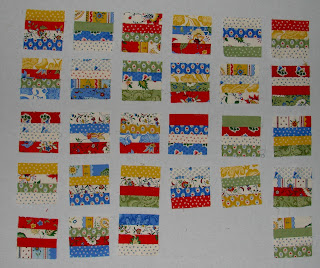 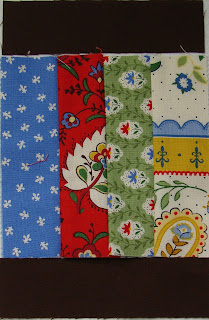 And now, just because I'm crazy enough to try it, this is the fabric I chose for a twirly skirt I want to make for Curly. I found this adorable pattern on Craftsy. Nancy Drew loved twirly skirts when she was young, so I wanted to make this one for Curly. In time to give to  her when I go out there. In one week. Does the word crazy jump in your mind? 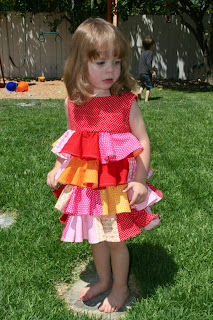 You must go to the website to see the cute dresses Mommies have made and shown in the comments.

Here's my fabric found in my stash. Thank goodness for "inheriting" my Sisty Ugler's and BFF MF's stash. They had lots of good bright colors. 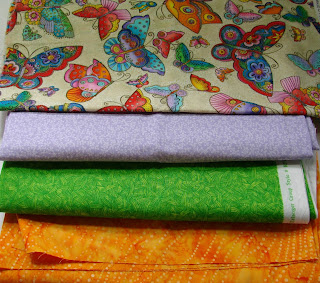 If you've ever wondered why I call my granddaughter "Curly" in the blog, here's why.... 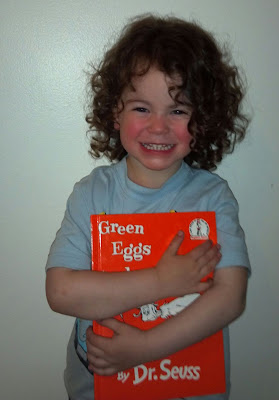 I'm sharing this with: (the badges are on the right)
Patchwork Times
Show and Tell Tuesday
Fabric Tuesday
Posted by Quilting Nonnie at 11:41 AM 12 comments: