4Patches4Hope: What is this all about???

I'd like to tell you about my mom, who is an inspiration in my life.

My mom's name at birth was Elva Jean Christensen. She hated the Elva part. As soon as she graduated from
high school she dropped Elva and became Jean. She grew up in Richfield, Utah, a small southern Utah town. Her father was a carpenter and Mom adored him. She learned carpentry from him.

While in high school, she met a tall, handsome boy, Don J Christensen. He hated the J part. Notice the middle name is spelled J with no period. He wasn't that thrilled about Don either. When he graduated from high school he took up the name of Chris, like many other Christensen males did. His dad had been a teacher and was now principal of Richfield High School. That must have been lots of fun! 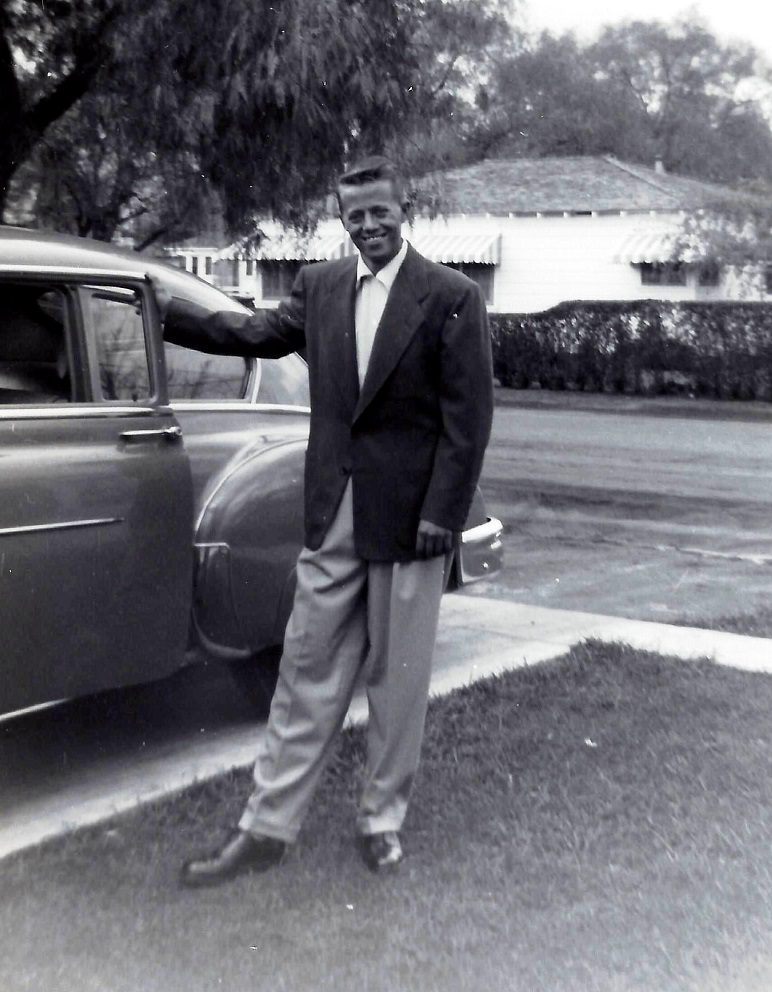 My mom started dating Chris and soon they fell in love. They were married April 19, 1948 in Manti, Utah. After a few years, they moved to Anaheim, California. After struggling financially for many years, my dad became a fire fighter for the California Department of Forestry. He advanced in rank until he was a Captain and became "chief" of a fire station in Yorba Linda, California. The station included a residence on site. Mom and Dad moved there in 1956.

By the time they moved, they had two children aged three and one. My mom, influenced by her birth name, gave each girl a short first name. The middle name was also short because Mom wanted them to be able to choose the middle name if they didn't like their first name. She used to say that by the time she finished writing her name in school everyone else was half-way done with their papers!

My sister, who is 27 months older than I, is Jan Lynn Christensen. My name is Terri Lee Christensen. I spent
the first four years growing up on the fire station. It was such a treat with the fire trucks, the firemen and Dad being around all the time.

Dad had a rare terminal illness that he was born with. He had Addison's Disease, where the adrenal gland produces very little cortisol. Cortisol is one of the steroids that controls the fight-or-fight response. On February 3, 1960 he passed away from the disease.

I am giving a rudimentary view of my parents and my early life because my goal is to tell you about my mom.

In 1972, just two weeks before I graduated from high school, she found that she had breast cancer. She had a radical mastectomy and then started radiation therapy. She received best treatment available at the time. Unfortunately, and unbeknownst to anyone, the original cancer had metastasized and set the course for the rest of her life.

Throughout the summer Mom and I had much time to talk and enjoy our time together. I left for college at Brigham Young University in August 1972.

That October, the cancer reappeared in her other breast and once again she had a radical mastectomy and radiation. She had contracted cancer when she 42, and for the next 12 years she never recovered to the health she had before cancer.

Mom never gave up, she was a fighter. She continued her life as best as she could with her innate good cheer. This life was frequently interrupted by treatment for the breast cancer that metastasized to other parts of her body. She would joke about the inconveniences of cancer: how she walked in a diagonal with just one breast. She had a pair of boots she liked and would say she was going to take off her boobs when she took off those boots. She deflected any sympathy for her plight, but concentrated on others and their lives.

When I fell in love and got married, Mom was so happy to see me start on the next adventure of my life. She
was thrilled when her first grandchild, Bryony, was born. She came out to Provo, Utah for two weeks to help me.

When my second daughter, Andrea, was born in 1981, she came to Logan, Utah to help me. Andrea was born the day after Christmas, so Mom was there to celebrate Christmas with us. She baked cookies with Bryony and went caroling with our family. A week after Andrea was born, she told us that she had just discovered another cancerous node on her chest wall and was taking chemical chemo.

I don't know how many courses of radiation and chemotherapy she had during those twelve years, but it was a high number. During this time, many of our prayers for her health and wellness were answered. She continued to be upbeat and loved every moment of being with her granddaughters.

In the summer of 1981, she had Bryony spend the night with her quite a few times. They would play dress-up and games, bake sweets and see movies. Towards the end of the summer when Bryony was staying with Mom, she went to get out of bed and collapsed. She had been in relapse for months until that point but now the cancer was back. A couple of weeks later I gave birth to our first son, Paul. This time Mom wasn't able to take care of me. She was confined to a nursing home for treatment and recovery. The day before we left to return to Utah, I took Paul to the hospital so Mom could see him before we left.

Four months, and after ten years in Utah, our little family moved to Santa Rosa, California where both our families resided. Mom had volunteered to watch Paul while the day the movers unloaded our boxes and furniture. Early in the morning, Mom called and said I needed to come and pick up Paul because she wouldn't be able to take care of him. The cancer was back. When I went to pick up Paul, Mom was lying on the kitchen floor. I was torn. I had movers at the house, my Mom lying on the floor and a baby in my arms. What to do? I took care of Mom, called the necessary people and after she was taken care of, I returned to our house with a heavy and sorrowing heart.

Once again Mom rallied. Now that we were in town we were able to see Mom lots. She got to have wondrous days with Bryony, Andrea and Paul. She loved doing things with Bryony who was old enough to spend the night and do special things. Bryony absolutely adored Mom. I was deeply thankful for being around her again. We enjoyed Christmases, birthdays and ordinary days together.

I had formed a strong friendship with a woman I had met at a childbirth class I taught. Her name was Hillary and little did I know how much she was to influence my life. I had started seeing my Mom develop disturbing symptoms. She had weakened to the point that one leg had lost all sensory input. Less than a year after that she lost all muscle control in her other leg. She now had to be in a wheelchair. Time was running out.

Hillary and I would go on walks with our children many days. I would pour out my worries to her and wonder what was happening to Mom. Hillary was a pillar of kindness and support during these times.

Mom had more radiation therapy and it hurt my heart when I took her there. I would see her wheeled down the hall on a gurney to go  receive the treatment and I would ache thinking of the loneliness of her being in the room alone being treated. Soon after she was confined to bed at home and declined even more. With another occurrence of cancer she went to the hospital and then to a nursing home. She had cancer in her brain, her spine, her bones, her liver and every other vital organ. She no longer remembered who we were. Soon she wasn't talking. With the help of dear ladies of my church, I was able to visit Mom every day while they watched the three children.

When Bryony was in kindergarten and Paul was 19 months old, my mother, at age 54, died of breast cancer. While I was happy that her endless days of pain and suffering were over, I grieved deeply. My mother and I had been extremely close. While I was in high school and home from college in the summers, we would plan all the things we would do when I was married. Mom was a gifted decorator with innovative ideas ahead of her time. We would talk about how we would decorate my future home. What colors we would use, what type of wallpaper, and what decorating accents we would use. After the children were born, when we visited on vacations, we would make plans and dream about when we were done with college and able to live close by. We planned trips with the children, what our families would do together, picnics, parks, card games and etc.

My grief was deepened by the fact that I had lived in Utah for ten years only to return for the last two years of her life. We only had time to do a few of the things on our list. I wondered how I would go on when my mom wasn't there to love me and my children.

Grief takes a long time. I kept finding questions about when I was younger and then realize I had no one to ask about these things. With Mom and Dad dead, I lost all connection to my past. I would see women in their 60's walking down the street holding hands with their mothers, who must have been near 80 years old. I felt great sorrow that this would never happen to me. 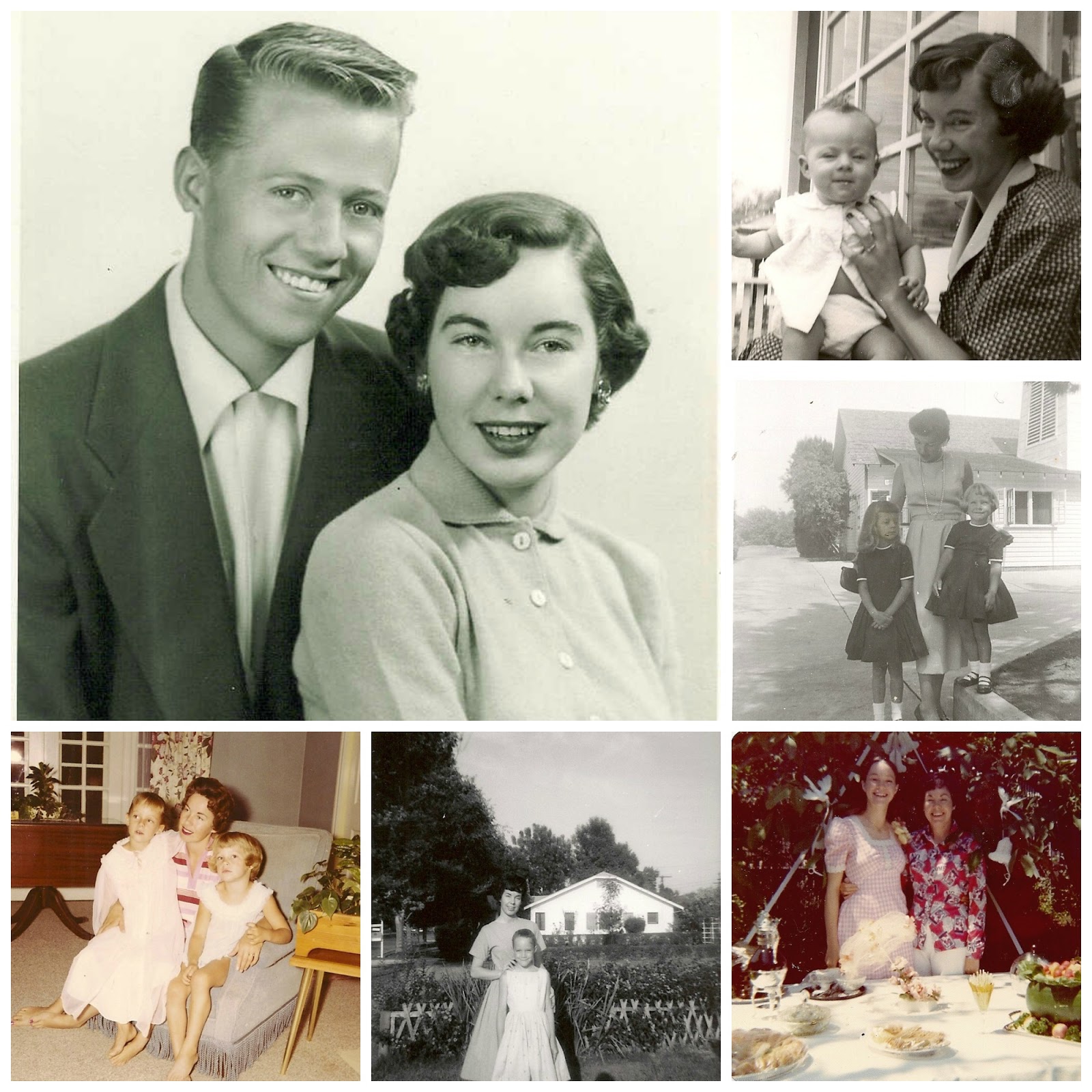 A while back I heard of 4Patches4Hope. A woman had started a blog to bring hope to help raise money for cancer research and the 4Patches donated will be put together into comfort quilt and donated to a few hospitals near her that treat cancer patients.

The site contains directions on how to make a 4Patch. It's easy! Anyone can make one. Anyone can contribute one or more to 4Patches4Hope. You don't need to be a quilter or even a sewer; 4Patches are incredibly easy.

I am going to making 4Patches in memory of my mother, Jean Christensen. I hope you make 4Patches for family, friends or others that you know who are fighting cancer, or who have passed on. Remember to keep making them after the glow of Christmas giving has passed. Make a few each month of 2013 and send them in! Send them in love for all who are battling cancer and those who lost the fight.

Here is the link to the website that explains it all:

4Patches4Hope: What is this all about???:
Posted by Quilting Nonnie at 11:11 AM No comments: