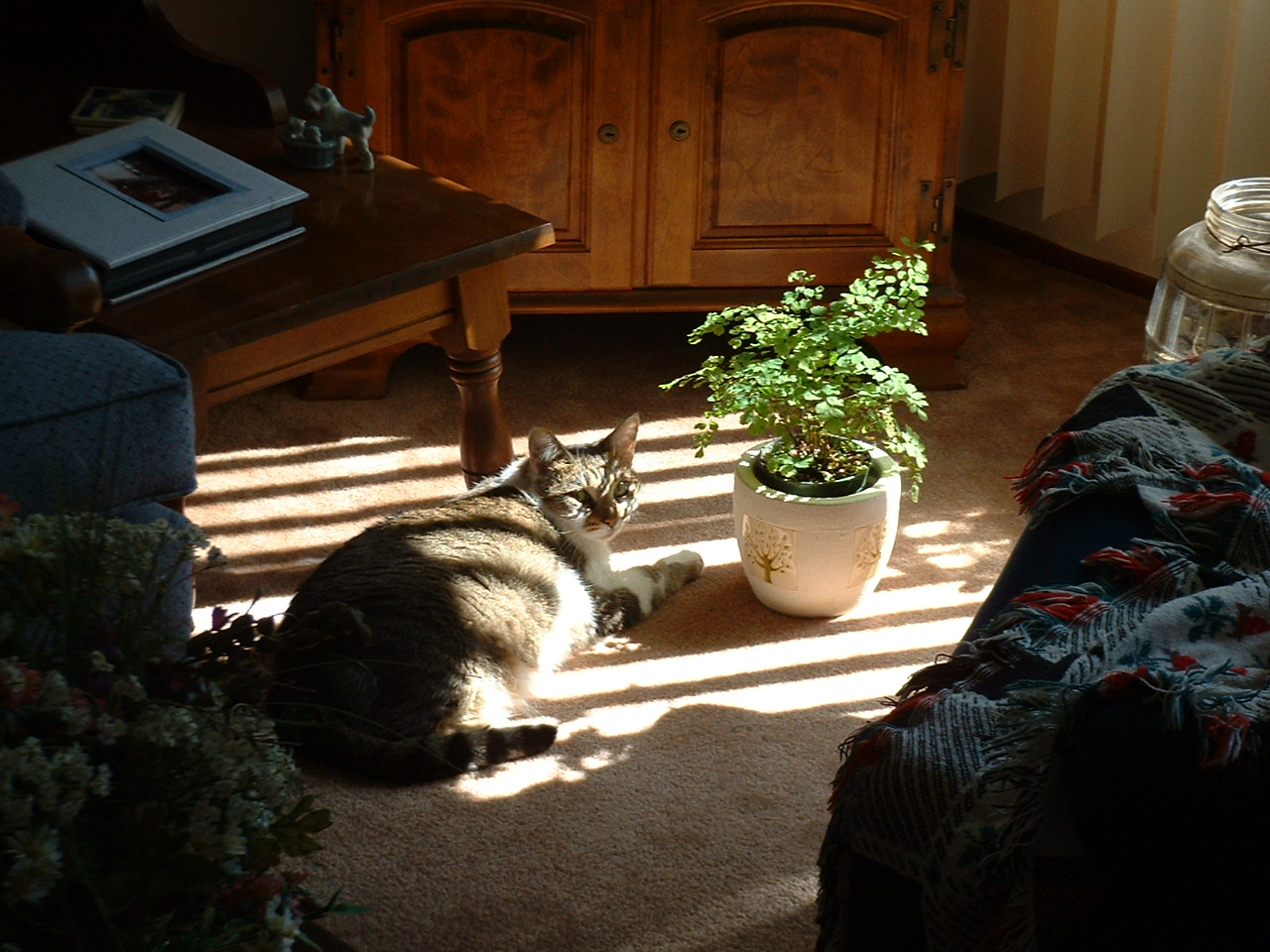 My good friend and sweet little kitty, Newt, is gone. I took her to the vet this morning because she was losing weight, lethargic, not eating or drinking. The blood tests showed she had a urinary tract infection. They also revealed extremely elevated calcium, high white cell count and a liver that had some things wrong with it. Newt had lymphoma of the liver.

Newt is my cat. I never had a cat all my own. Once I married my hubby, cats started appearing around the house. Hubby is a cat person; I, up to the point, was a dog person. First Gypsy (her newest blog name) daughter #1 got a kitty Clyde. Hubby adopted two cats: Rizzo and Smudge. Along the way we've had Alex and Wulf and even had our grandcat Clyde for a while. When #1 daughter was ready to have a baby, she got a kitten, Daytona. We warned her about nesting instincts and getting kitties. We were right. About a month after #1 grandson, Firstest, was born, we received a call from  asking if we wanted Daytona because he had scratched Firstest.

Newt came into my life through a friend of Hubby's. She was from a litter of a feral cat that was in the warehouse the friend worked in. Newt joined us when she was around five months old, spitting and clawing. She wanted nothing to do with us and dove under the bed. Any attempt to engage her, talk to her, touch her or even look at her ended with spitting, hissing and claws scratching our hands.

My hubby is a Cat-Whisperer. Honestly. He has this little half whistle/half smoochy sound that he makes and cats alert and run to him. Every cat loves him. Cats on the street, cats nobody can touch, cats anywhere. He knew what to do with Newt. Every day, decked out with welding gloves, he would grab Newt out from under the bed and haul her out. He would take some time, very short in the beginning, to pet her and try to settle her down. He did this twice a day.

After months of hiding Newt started to emerge. Whenever either of us sat down at the computer, she would come and sit on our laps. She would trill this lovely purr and stay there until we got up. Then away she'd dash to some hidey hole.

Over months and months Newt began to come out more often and sit on our laps. When someone would come into the house, off she would sprint to a secret safe place.

It was years before she started entering the room when people were around. If they noticed her she would zoom off. Now she is happy around anyone.

Lots of happy stories are going through my head. Maybe I'll share later down the road.

Newt was 14 years old. We had the vet put her to sleep today.

Posted by Quilting Nonnie at 4:03 PM